Brendan Rodgers: Jamie Vardy will not change his mind on England 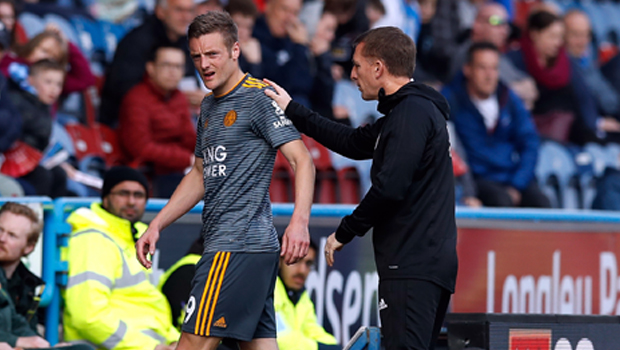 Leicester City coach Brendan Rodgers believes Jamie Vardy will not change his mind on England retirement even if Harry Kane’s injury rules him out of the Nations League finals.

The Foxes star decided to retire from international duty after the World Cup in Russia last summer, where he helped England reach the final four.

Vardy admitted at the time that retirement was something he had considered for some time, with the former Fleetwood Town man happy to let Gareth Southgate turn to the younger generation. At 32, Vardy could still offer England an attacking option and Southgate is currently worried about Kane’s fitness.

The Tottenham striker suffered an ankle injury on Tuesday night in the Champions League against Manchester City but Rodgers expects his star striker to focus purely on club matters.

Rodgers told The Sun: “Jamie’s made his decision on England – there’s nothing more to say on it. “It’s not my job to try and talk him out of retirement, he’s very happy where he is.

He gives his maximum in every training sessions, he plays in all the games.

“He is such an intelligent player, a top player, but he has made his decision internationally. He did it not just for football reasons, he did it for family reasons.

“I don’t expect it to happen. It’s not a topic I expect Jamie to raise, and I won’t be going to him about it.”

Vardy is expected to line up against Newcastle United on Friday night, with Rodgers’ men 1.73 to win. The draw is 3.75, while the Magpies can be backed at odds of 5.00 to win away from home.