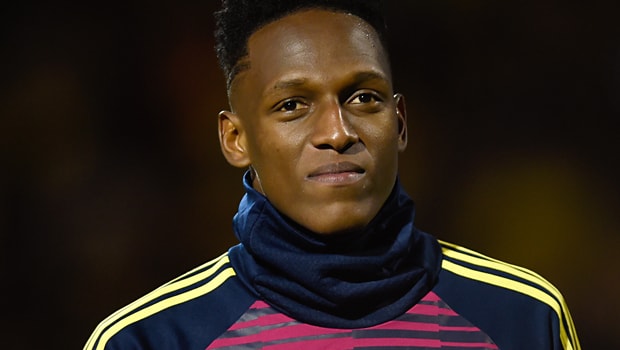 Everton new-boy Yerry Mina says he is ready to help the club fight for silverware and admits Lucas Digne and Andre Gomes played a big role in his decision to sign.

The Toffees had a very busy transfer deadline day as Marco Silva, who took charge earlier this summer, put the finishing touches to his squad.

Mina was one of three players to link up with the Merseyside outfit on Thursday as Bernard joined on a free from Shakhtar Donetsk, while Gomes agreed a loan switch from Barcelona.

Indeed, Everton, who can be backed at 23.00 to win the FA Cup, drafted in three new recruits from Barcelona with left-back Digne also penning a permanent move from Camp Nou.

The Colombia international admits Digne and Gomes were key in his decision to sign for Everton, despite being heavily linked with Manchester United.

Mina told Everton’s official website: “I spoke to Lucas and he told me all about the Club, which also made me keen to come here.

“I spoke with Andre, too. He is a good guy and we want to do our best for Everton.”

Silva has been very clear about his intention to make Everton a serious force in the Premier League and Mina is hoping to help them challenge for silverware.

He added: “It is important that the Club want to fight for something.

“This is why I am here. “I have watched the Premier League for a long time. It is the best league in the world. This is a great opportunity for me and I am looking forward to competing here.”