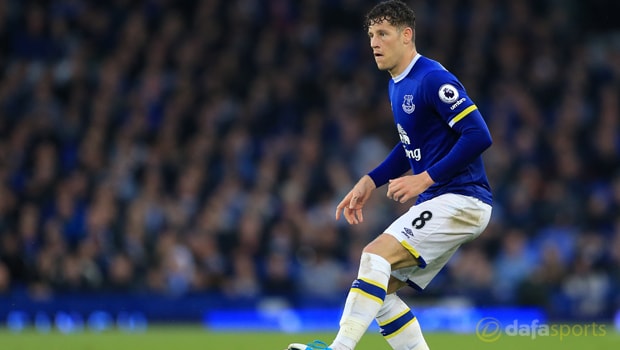 Former Everton defender Richard Dunne believes Ross Barkley should move away from Goodison Park this summer for the benefit of himself and the club.

Barkley’s future on Merseyside appears to be coming to an end after he refused to sign a new contract earlier this season.

The 23-year-old is a product of the club’s youth system and has been told by boss Ronald Koeman that he must make a decision by the end of the season otherwise he will be sold.

Koeman has been critical of the midfielder at times over the course of 2016-17 after a lack of consistency which saw him left out of the starting line-up.

Dunne, who spent four years with the Toffees at the start of his career, insists a move away is probably the best scenario for both the player and the club.

The retired defender believes Barkley has gone into his comfort zone and feels an exit could be just what is required to give his career a kick start.

He told TalkSPORT: “There are a few players at Everton that have gone into their comfort zone and maybe a change would be the best for both sides.

“Certainly for Everton they need a bit more freshness in their team and maybe Ross does, in terms of getting a new club, having to earn a place in a team and not have the comforts of being at home and living in his hometown.

“Maybe he needs to go out and challenge himself and start trying to progress and get a place back in the England team.”

Everton are priced at 7.00 to pick up a victory on the final day of the season as they look to have a say on the top-four when they travel to face Arsenal, who can be backed at 1.44 to claim the win, while the draw is available at 4.75.