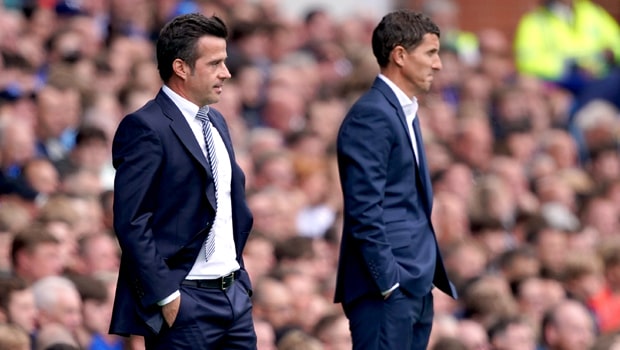 Everton manager Marco Silva believes his side still have room for improvement after picking up their first win of the season against Watford on Saturday.

After a frustrating goalless draw at Crystal Palace on the opening day, Everton, who are priced at 15.00 to earn a top-four finish, were under pressure to get a first win on the board when they hosted Watford.

Silva was well backed in the summer transfer market and would likely have come under the spotlight if Everton’s wait for a victory continued. But they put in a solid performance against a potential top-six rival with Bernard scoring the only goal of the game to secure the three points.

Indeed, they restricted Watford to just one real opening when Jordan Pickford was called into action to deny Troy Deeney. The Portuguese admitted the win was “important” but feels Everton can continue to improve over the coming weeks as the new arrivals settle in.

Silva told Everton’s website: “It was an important win and really important three points for us. “I thought we deserved the three points, even if it was a tough game, like always in the Premier League. “Our first 30 minutes was very good: good football, good moments and a good goal from Bernard.

“We created more chances than Watford, they had one chance with Troy Deeney, and we kept another clean sheet, which was very important for us. “But we will improve. I don’t have doubts about that. “The performance was not our best. We can and will do better in the future and play with more quality than we did in the second half.”

Unfortunately for Everton the win may have come at a cost as left-back Lucas Digne had to leave the field with a leg injury in the latter stages. Silva doesn’t believe the issue will keep the former Barcelona man on the sidelines for any lengthy period of time though. He added: “We hope it is nothing really special.

“He started to feel a bit more tired [in the muscle] and gave the sign to me to make the change. “Let’s see in the next few days [the extent of Digne’s problem] but we hope it is nothing special.”