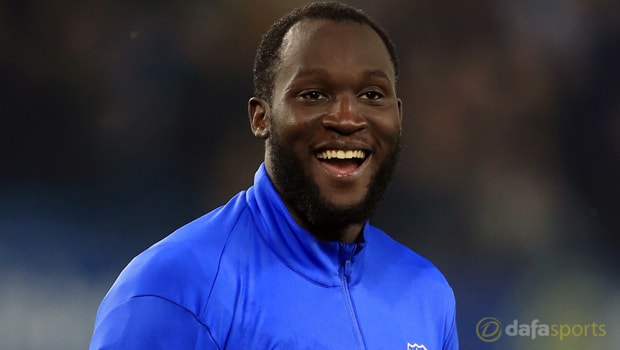 Everton striker Romelu Lukaku insists he cannot wait to join Manchester United this month after claiming he is joining the “biggest club in the world”.

The Belgium international has already completed his medical in Los Angeles as he prepares to join the Red Devils for a fee thought to be in the region of £90million with .

Lukaku will leave Everton after making over 140 appearances for the club in a four-year period.

The former Chelsea forward was loaned to the Toffees in 2013 before making his move permanent the following season.

He has been a key member of the Toffees’ plans but the Everton board look set to cash in as they look to sign former player Wayne Rooney.

Lukaku is expected to finalise his deal to United in the coming days and he admits the challenge is something he has dreamed of for many years.

He told ESPN: “Who would say no to the biggest club in the world? “Best stadium in England. The best fans. This is the perfect opportunity.

I always said I wanted to play for a team that’s challenging for every trophy that there is.

“I think Manchester United, at the minute, wants to be the dominant team, that dominant force. If you look at their history, it says enough.

To become part of a club like them is something that I really wanted. I’m thankful for the opportunity that they gave me.

“This is an opportunity that I’ve always wanted since I was a child. When [Manchester United] came calling, I didn’t have to think twice. So I’m really delighted to hopefully be part of their history.”

Lukaku will be hoping to help the club challenge for honours this season and Jose Mourinho’s men are priced at odds of 4.33 to win the Premier League title.