Plenty of work ahead for Crystal Palace 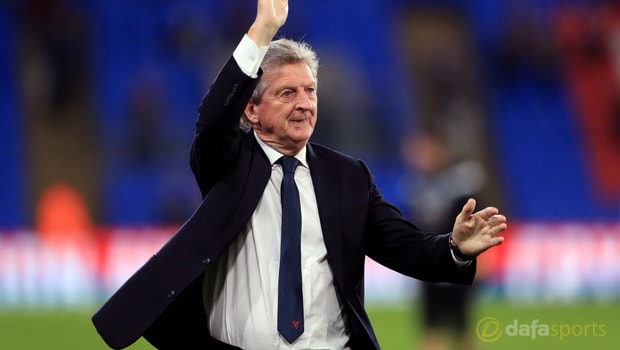 Roy Hodgson was delighted with Crystal Palace’s win over Huddersfield in the Carabao Cup but is well aware they have not rectified a terrible start to the season just yet.

The former England boss replaced Frank de Boer at the helm after the Dutchman oversaw four Premier League losses in as many games.

Hodgson saw the Eagles go down 1-0 at home to Southampton in his first match in charge before a much-changed side grabbed a 1-0 victory over the Terriers on Tuesday.

The Palace manager welcomed the win but believes they still have plenty of work ahead of them in order to turn their season around.

“The players will understand, like the fans do, that you don’t repair the kind of damage we’ve suffered overnight,” he said, as reported by the Evening Standard.

“It’s going to be a longish and hard process. But I know there’s light at the end of the tunnel, and I started to see some shards of that.

The second half I was pleased when the going got tougher; we had to dig in, fight, chase and we did that too.

It was a very positive evening. We left a lot of players out who have been playing.”

Mamadou Sakho made his first appearance of the season after joining the club on a permanent deal from Liverpool.

The defender impressed on loan at Selhurst Park last season and Hodgson was happy with his display, and confirmed the Frenchman will face Manchester City in the Premier League on Saturday.

He added: “(Sakho) was excellent. He hasn’t been able to train as much as he’d like.

We were worried about his level of fitness and surprised he lasted as long as he did.

“It wasn’t Mamadou being desperate to come off but, as a precaution, we thought he should come off after 70 minutes.