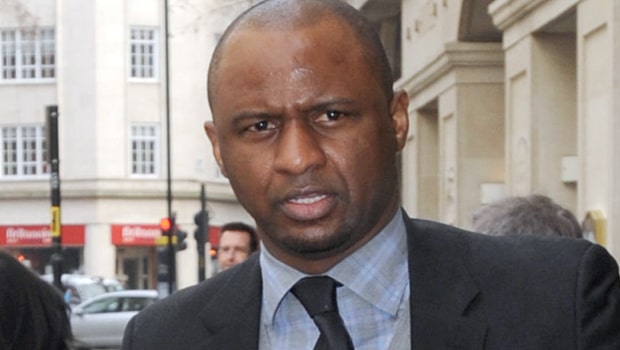 Viera replaces Roy Hodgson at Selhurst Park after the English manager announced his exit on the 18th of May after leading the Eagles to a 14th place finish.

Meanwhile, Viera, who led the “Invincibles” to an unbeaten finish in the 2003/2004 Premier League as the captain of Arsenal, has signed a three-year deal at Selhurst Park.

Crystal Palace was initially linked with a move for former Dortmund manager Lucien Favre but the talks didn’t end positively as the Eagles went Viera who was sacked from his position at Nice in December.

Viera who started his career as a coach with Manchester City’s academy expressed his delight at his appointment for the job.

“I am really excited to have this opportunity to return to the Premier League, It is a project that is really appealing to me. The club has fantastic foundations in place after many years in the Premier League, and I hope we can make further improvements and continue to drive the club forward,” said Vieira.

Meanwhile, Barcelona winger Francisco Trincao has joined Wolves on loan for the next season with an option to buy permanently.

The 21-year-old joins Wolves after scoring three goals and providing two assists in 28 league appearances for Barcelona last season. In total, Trincao made 42 appearances in all competitions.

Trincao who joined Barcelona from Braga in 2020 also made seven Champions League outings last season. Wolves have had to change managers this off-season as Nuno Espirito-Santo left his managerial position to join Spurs.

Coincidentally, Wolves will host Tottenham in their first game of the new Premier League season.