Gary Cahill happy to be reunited with Hodgson 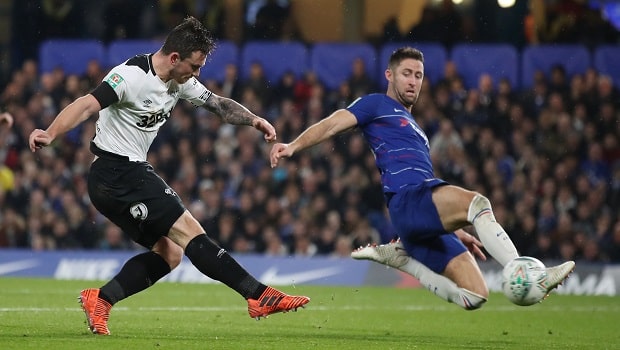 Gary Cahill has revealed that the opportunity to work for Roy Hodgson again was one of the main reasons why he opted to join Crystal Palace.

The 33-year-old central defender, who was released by Chelsea at the end of last season, knows Hodgson, and Palace’s assistant boss Ray Lewington, from his England days. Cahill said: “I worked with Roy and liked it very much, along with Ray as well.

They’re fantastic football people and I enjoyed my time with them. That was another thing that factored into the decision [of joining the Eagles] and to work with those two guys again is exciting.”

Cahill, who has won 61 caps for his country, has signed a two-year contract with the Eagles, having spent more than seven years with Chelsea. After starting his career at Aston Villa, and then spending four years with Bolton Wanderers, Cahill moved to Chelsea in 2012 and featured in 191 top-flight games for the club.

He won the Champions League in his first season at Chelsea before going on to capture two Premier League titles, two Europa Leagues, two FA Cups and a League Cup. Cahill added: “I’m hungry to keep playing and prolong my career for as long as I can.

I feel in great shape and whoever I play for I like to think I give 110 per cent and leave it all out there. Hopefully that will be good enough for the manager, my team-mates and the fans.”

Palace, 6.00 to be relegated this season, can be backed at 3.10 to beat Everton at Selhurst Park on Saturday.