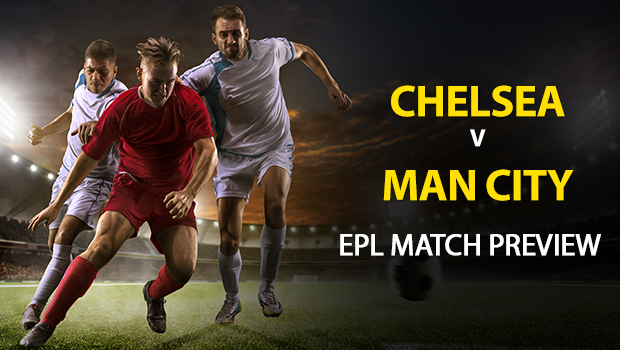 All eyes will be on Stamford Bridge this weekend as Chelsea and Manchester City go head-to-head in Premier League action. Chelsea has a quick turnaround after a mid-week matchup with Wolverhampton; Man City will have an extra day or two of rested legs with their last match coming on Tuesday vs Watford.

Betting on the Draw: Odds — at 3.92 — indicate there’s a 25.5 percent chance the match ends in a draw. There’s a draw in 28 percent of AccuScore sims, suggesting some added side value on the draw.

Standings: Chelsea sits just one point ahead of Arsenal and Tottenham, so they’ll be looking to get some points any way possible. Man City sits atop the standings, five points ahead of Liverpool in the No. 2 spot.

Last 6: Chelsea has four wins, 1 draw and 1 loss in their last six overall. The one loss came on the road vs Tottenham. Man City has five wins and 1 draw; the one draw was an away UEFA Champions League match vs Lyon.

Betting Trend: The last three matchups between these two sides have resulted in UNDER 3 goals total.

Head to Head: These two sides last faced off in Premier League action back in March of 2018 when Chelsea lost 0-1; their last meeting overall was in the FA Community Shield in August of 2018 when Man City won 2-0.