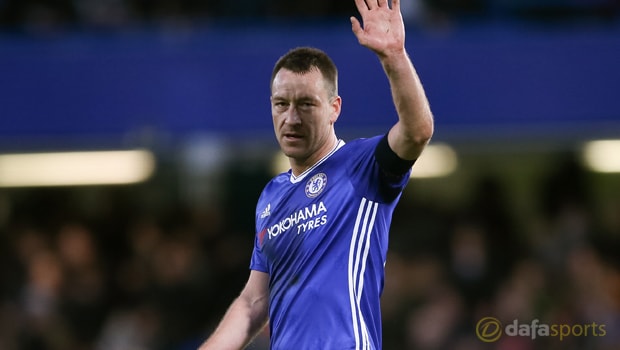 John Terry has confirmed his decision to leave Chelsea was the “toughest” of his life, but he is ready for a new challenge next season.

The Blues skipper confirmed earlier this week that he will leave Stamford Bridge at the end of the current campaign, bringing to an end his 22-year association with the West London club.

The 36-year-old admits it will be a wrench to leave the club where he has made over 700 competitive appearances in all competitions, but he believes the time is right to move onto pastures new.

“It’s with overwhelming emotion that earlier this week the club and I announced this will be my last season as a Chelsea player,” Terry said in an open letter.

“This has been the toughest decision of my life for me and my family, but I always envisaged leaving on the right terms, in the right way and at the right time – and that is now.”

The former England captain has been limited to just ten appearances for Chelsea this season, as he has been used largely as a squad player by Antonio Conte, but he believes he is still capable of playing first-team football at the top level.

He added: “I feel I still have regular football in me but understand that opportunities here at Chelsea will be limited, it is therefore time for a new challenge.”

Terry can still add two more trophies to his list of major honours before the end of the season, as Chelsea are currently four points clear at the top of the Premier League standings and face an FA Cup semi-final showdown with Tottenham at Wembley on Saturday.