Chelsea Held to a 1-1 draw By Aston Villa 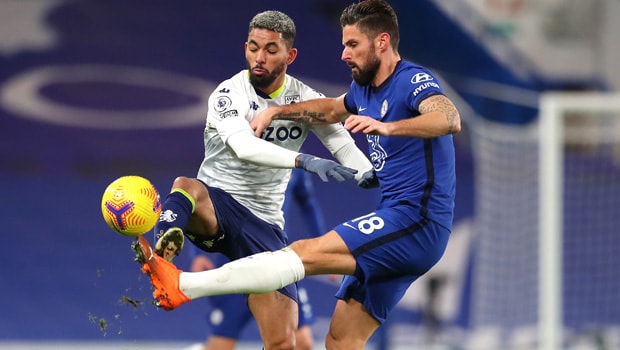 Chelsea was held to a 1-1 draw by Aston Villa on Monday evening at the Stamford Bridge in an English Premier League match.

The blues lost their last game against Arsenal at the Emirates Stadium by three goals to one as Alex Lacazette penalty, Granit Xhaka free-kick, and Bukayo Saka’s spectacular goal gave the Gunners 3-1 victory.

French striker Olivier Giroud scored for Chelsea in the 34th minute, but Dutch Defender Anwar El-Ghazi equalized for the visitors early in the second half.

The result puts Chelsea in 6th position with 26 points while Aston Villa has the same number of points in the fifth position.

Chelsea’s next match is in the first weekend of 2021 against Manchester City at Stamford Bridge.

Crystal Palace played a 1-1 draw with Leicester City on Monday evening at Selhurst Park. Nigerian striker Kelechi Iheanacho lost a penalty in the first half in the 20th minute and failed to give the Foxes an early lead.

Wilfried Zaha then gave the hosts the lead in the 56th minute, but Harvey Barnes’s late goal ensured that both teams played out a draw and shared the spoils.

Leicester City climbed second with 29 points with the result, but they field to reduce the gap between themselves and league leaders Liverpool to one point.

The result leaves Crystal Palace in 13th position with 19 points, and their next game will be in 2021 against Premier League bottom side Sheffield United who are yet to record a win this season.

The game between Everton and Manchester City was canceled after several City players tested negative for Covid-19.