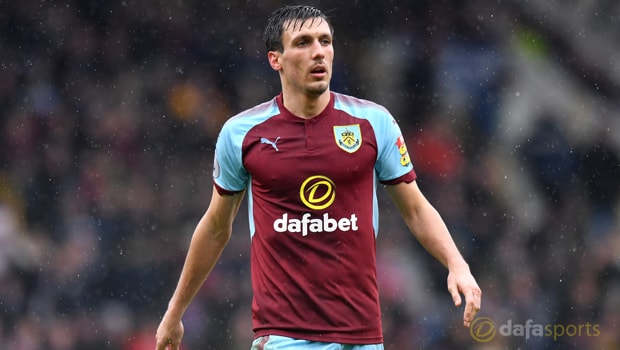 Burnley’s Jack Cork admits having the dream of going to the World Cup with England this summer motivates him to play well for his club.

Cork got the call-up from Three Lions boss Gareth Southgate late last year and made his international debut with a late cameo in a friendly against world champions Germany.

He knows that forcing his way into Southgate’s plans for this summer in Russia will be tough, but the 28-year-old cites it as a motivating factor in trying to do his absolute best over the final 11 games of the Premier League season.

Burnley’s superb early season form has faded of late, they are 11 games without a victory in all competitions since a 1-0 home success against Stoke in mid-December.

Cork knows his form for the Clarets must be good if Southgate is to hand him a chance for next month’s friendlies against the Netherlands and Italy.

“The next England game is coming up soon so we’ll have to see. We (Burnley) have got to start winning games and I’ve got to keep playing well before I can even start thinking about it,” Cork said.

“There’s got a lot of players coming back now knowing that the World Cup is coming up. There’ll be a lot of competition. “It’ll give me the motivation to keep me going.”

England will face end-of-season friendlies against Nigeria and Costa Rica before their World Cup journey starts against Tunisia on June 18 in Volgograd.

Cork knows that getting into the World Cup squad is a long way off, given his inexperience at international level.

“I’ve had one call up and three minutes of playing, I was just grateful to Gareth Southgate for giving me that opportunity. Anything more for me would be a bonus.”