James Tarkowski: Clarets not getting carried away 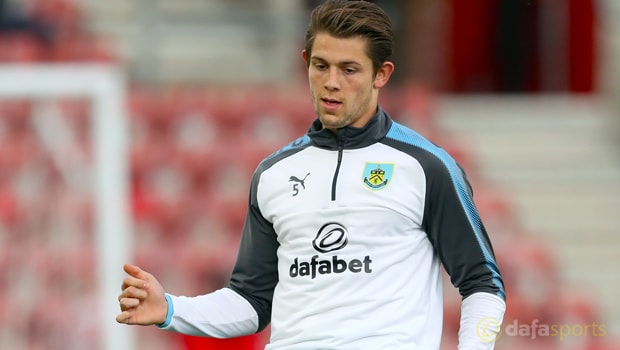 James Tarkowski says Burnley remain focused on their main objective of avoiding relegation and insists they aren’t getting carried away after a positive start.

The Clarets are enjoying their second successive season in the Premier League and they currently sit seventh as they prepare to return to action following the international break.

Burnley have fallen to defeat on just two occasions in their 11 league this term and have already beaten Chelsea and claimed draws against Tottenham and Liverpool.

Boss Sean Dyche had to deal with some high-profile departures over the summer although he appears to have recruited well and Burnley are already 10 points clear of the bottom three.

The Lancashire outfit will host struggling Swansea on Saturday and Tarkowski, who has been one of the club’s top performers, says they aren’t looking past the Welsh club and insists their main focus is trying to hit the magical 40-point mark.

Tarkowski said: “We’ve got to keep working towards the target of staying in the league at first.

If we do that with games in hand then we can start looking ahead, but for now we’re just working towards our goal of staying in the league and then we’ll go from there.

“That’s what I say to myself and it’s the way that we’re managed by the manager.

“Obviously it’s nice to have the points on the board and see where we are when we look at the table, but it’s where you are at the end of the season that counts and not where you are after 11 games.

“It’s probably the best way to go about it. If you look too far ahead then you can start getting a bit too excited and too carried away with yourselves.”

Burnley can be backed at 2.10 to claim all three points on Saturday while Swansea are priced at 4.00 to come out on top. The draw is available at 3.20.