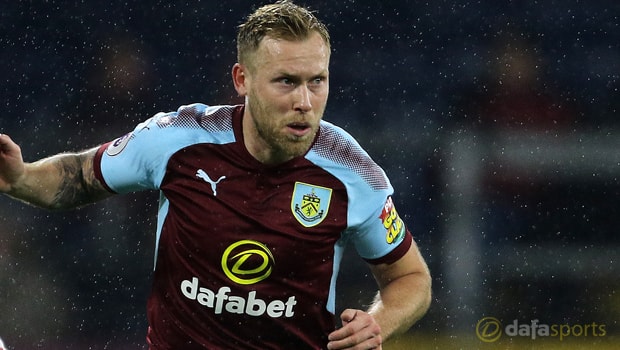 Burnley winger Scott Arfield says he is excited for the games to come thick and fast over the Christmas period as they attempt to edge close to the 40 point mark.

The Clarets have been one of the surprise packages in the first half of the Premier League campaign and they could climb into the top-four with a victory over Stoke on Tuesday.

Burnley are priced at 101.00 to secure a top-four finish at the end of the season and they currently sit seventh with 28 points from their 16 outings, having tasted defeat just four times, while they have won on the road at Chelsea and drawn on their travels against Liverpool and Tottenham.

Tuesday’s home clash with Stoke is the second game for Burnley in a run that will see them play seven times in the space of 23 days.

Arfield, who was drafted in to replace the injured Robbie Brady against Watford on Saturday, scored the only goal of the game in a snowy Lancashire and he is likely to get an extended run in the side as Brady recovers from surgery.

The Canada international says he is relishing the busy schedule and hopes they can hit the magical 40 point mark as soon as possible.

Arfield said: “The gaffer has always kept our feet on the ground and the aim was always to get safe as soon as possible.

“We’ve managed to get these points on the board so quickly, before the Christmas period, but this is when the games rack up and why you want to be a footballer.

“These are the games we look forward to the most because you want to play as many games as possible.

“We’ve put ourselves in a fantastic situation, and now it’s up to us to keep going.”