Burnley manager Sean Dyche refusing to get carried away 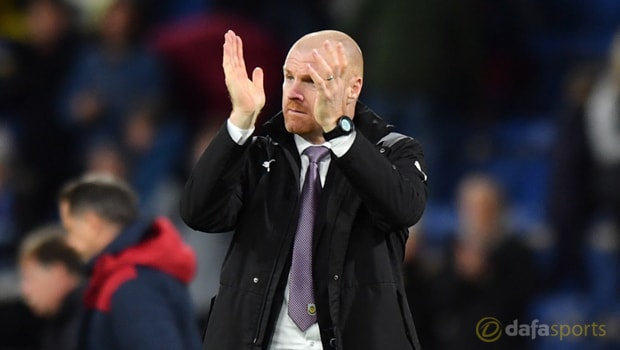 Burnley manager Sean Dyche admits he is delighted with their start to the season but insists he remains focused on their primary goal of achieving 40 points.

The Clarets returned to action with a convincing 2-0 victory over Swansea on Saturday as they picked up where they left off prior to the international break.

Former Swansea midfielder Jack Cork opened the scoring with a headed effort before Ashley Barnes slammed home the second, while they also showed incredible discipline in defence to keep the Swans at bay.

Burnley, who are priced at 15.00 to be relegated, remain seventh in the Premier League, having won six of their 12 outings, and they sit outside of the European places on goal difference alone.

However, Dyche insists he isn’t allowing their early season form to go to his head and reiterated his main objective of trying to reach the magical 40-point mark.

Dyche said: “Don’t get me wrong, this is to be enjoyed, make no mistake, I’ll have my little window which will last about an hour, and then I’ll get on with planning for the next one.

“But for the fans, the town, the players, the board, it’s to be enjoyed, these times, but it’s not a negative, it’s just to say, the reality is still out there, 40 points for us is a good marker – that’s your first marker, and anything that comes beyond that…that’s still the marker.

The next game is the most important, and the bigger picture, the 40 points.

“It just continues, the building, the team’s mentality, the development, and everyone keeps moving forward.

The control of today’s game was good, the organisation, and on another day, we had four or five counters and that’s our only bugbear, we could and should have killed the game off completely.