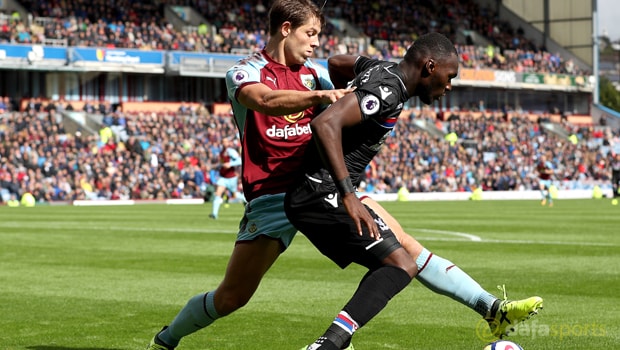 The Clarets, who are priced at 2.88 to be relegated, had to ride their luck on a few occasions at Turf Moor but they managed to hold on to take all three points.

Summer signing Chris Wood netted the only goal of the afternoon in the opening few minutes when he latched on to a poor backpass from Lee Chung-Yong before sliding it past Wayne Hennessey.

Dyche was quick to praise Burnley’s ability to defend that lead for large periods as Palace grew ever-more desperate and threw plenty of bodies into attack.

Tarkowski was at the heart of things in defence and he played a crucial role in keeping Christian Benteke quiet for the most part.

The 24-year-old has been handed a regular spot with Burnley this season following the departure of Michael Keane to Everton and Dyche feels Tarkowski is more than capable of stepping up.

Dyche said: “Defending is a dying art, and I think it’s a massively important part of the game.

You can ask coaches across the country, the one thing they’re struggling for is defenders who can defend and want to defend.

“We’ve definitely worked on that with our centre halves, all of them, I know Tarky can play, we know we can play more than we did (on Sunday) as a collective, and he’ll play his part in that.

“But his defending, the little details I look for in a defender, as with Keano, Ben Mee, Longy, even Duffo, we were still talking to him about details when he was 36, 37.

I have a lot of belief in our defenders defending, and Tarky was a good show of that.”