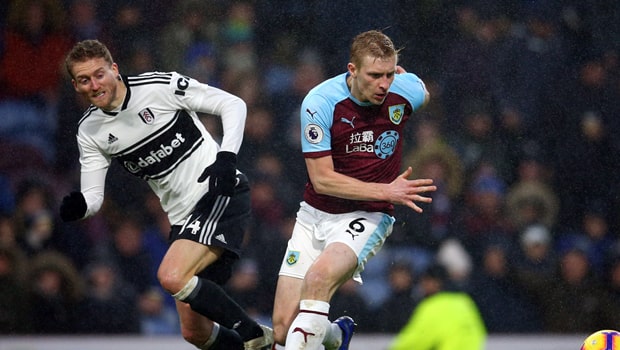 The Clarets, who are priced at 2.25 to be relegated, made a poor start to the 2018-19 campaign as they attempted to qualify for the Europa League alongside their Premier League commitments.

A lack of summer signings left Sean Dyche’s squad stretched and they failed to win any of their opening five league games – losing four of them. Burnley looked to have finally got their season up and running when they won back-to-back games in September, however, they were unable to sustain that form.

With just one win in the following 12 matches, Burnley slipped into the bottom three and became serious candidates for relegation.

Recently results have improved and they head into Saturday’s clash with Watford on a high after three successive victories, which has seen Burnley climb to 15th and three points clear of the bottom three.

Mee believes the upturn in form has helped to breathe confidence into the squad and is keen to see them build further momentum.

He told the club’s website: “I think the confidence is coming back to us. Certainly, the results have been coming.

“We had a couple of decent performances against Spurs and Arsenal and went close with them.

“We had a blip against Everton, which was really disappointing, but we’ve come back really well and got three really big results which have put us in a great position.

“That was a really poor performance from us (against Everton) and unexpected from a group like us to really fold like that. It’s not happened many times under the gaffer.”