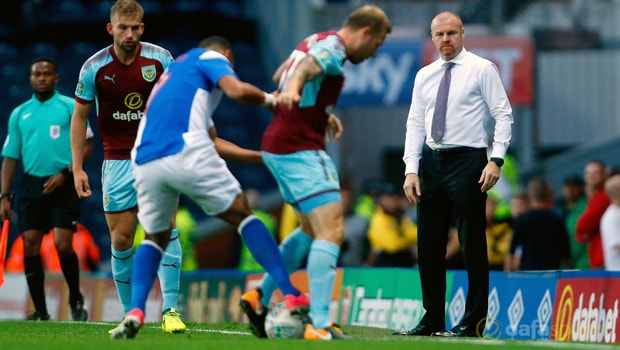 Burnley boss Sean Dyche believes he has a much stronger squad this season after his side booked their place in the third round of the Carabao Cup with a 2-0 triumph over Lancashire rivals Blackburn on Wednesday.

Dyche made eight changes to his side for the trip to Ewood Park and first-half goals from Jack Cork, his first since rejoining the club, and Robbie Brady made sure the Clarets were not on the receiving end of a cup shock.

Club-record signing Chris Wood also made his Burnley debut from the bench and Dyche was pleased his decision to rotate his squad was vindicated.

“There were a lot of good performances tonight. A lot was made about whether I would change the team tonight and I made it clear, we are not resting players,” Dyche said.

“It’s not about resting players. They don’t need a rest now, but we need everyone fit and sharp because the Premier League is a very, very tough league.”

Dyche believes the impressive nature of their victory also underlines the growing strength in his squad.

“We are adding to the group with layers and this is a stronger group now,” the 46-year-old added.

“That doesn’t guarantee us anything going forwards, but there was a lot on show tonight, from players who we have brought in.”

Burnley’s reward for reaching the third round of the Carabao Cup is a home clash with Championship outfit Leeds United next month.

The Clarets, who have not won a major trophy since 1960, are priced at 51.00 to claim glory in the Carabao Cup this term.