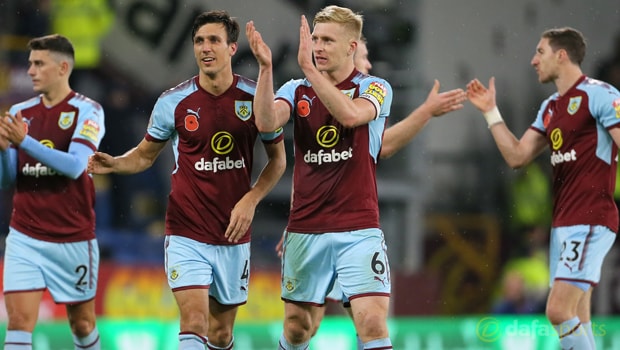 Ben Mee believes Burnley’s players are starting to get the recognition that their impressive form deserves.

The Clarets have been one of the surprise packages of the Premier League so far this season, as they currently sit seventh in the standings and have only lost two of their opening 11 top-flight games.

The impressive performances of the Burnley squad have certainly been recognised during the ongoing international break, as nine players have been called up by their countries, including Jack Cork, who has been handed his first opportunity by England boss Gareth Southgate.

Central defender Mee has not received an international call-up, although he may come into the reckoning if he can maintain his early-season form, and he believes Burnley’s players are now starting to receive the recognition they deserve.

“People are looking us. We are seventh in the league at the moment,” Mee told the club website.

“We have had a fantastic start and we are playing really well.

Burnley boss Sean Dyche will be hoping all of his players that are away on international duty will return to Turf Moor unscathed, with the Clarets set to face struggling Swansea at home on November 18.

The Lancashire outfit are priced at 2.05 to continue their fine start to the season by collecting all three points against the Swans, who are available at 4.00, while the draw is on offer at 3.25.