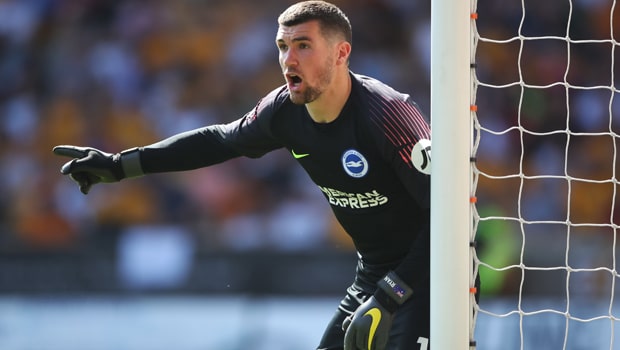 Brighton lost 2-0 at Watford in the opening round of fixtures last season and will kick off the new campaign at Vicarage Road again, with keeper Matt Ryan hoping for a different result this time around.

The Seagulls managed just one win in their first six games last year but their form improved and they climbed as high as 10th in December before being dragged into a relegation battle.

Ryan feels it is crucial Brighton make a strong start in 2019/20 and has his sights set on all three points against the Hornets.

“We’ll be looking to make amends after the result there last year, every game is vital and that first one will be a massive one,” he told the club’s official website.

“You always want to kick-start your campaign in the best possible way with a positive result – we didn’t have success there last time but we’ll be out to change that.”

Brighton opted to sack Chris Hughton as manager at the end of last season, with Graham Potter replacing him in the hot seat.

The Australia international believes the games against promoted trio – Norwich City, Sheffield United and Aston Villa – will be key to Brighton’s chances of staying out of trouble.

He added: “From my experiences in this league during my time in England, there are no easy games – all three sides who have been promoted into the division have been in the top flight not so long ago and that just goes to show how competitive it is.

“It’s important that we assert our authority against them and show that we belong here. When we face them they’ll be of massive importance.”