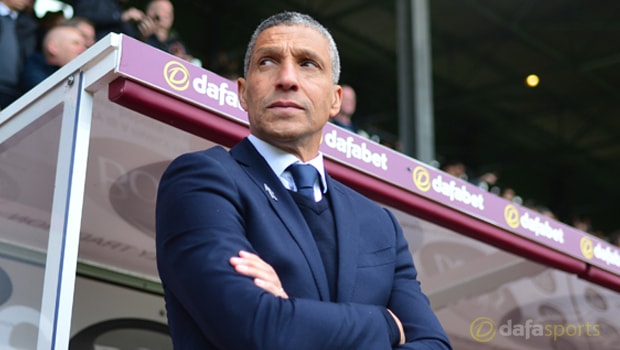 Chris Hughton has told his Brighton players they must embrace – not fear – the visit of Manchester United in the Premier League on Friday.

The Seagulls are five points clear of third-from-bottom Southampton with just three games left – but their run-in includes the visit of Jose Mourinho’s men, before trips to take on recently-crowned champions Manchester City and Champions League finalists Liverpool.

The south-coast club are winless in six Premier League games, including three at home, and their goalless draw with Burnley was the first time they kept a clean sheet in 14 attempts.

Hughton knows his players cannot rely on the teams below Brighton falling apart and urged Seagulls fans to make like difficult for the FA Cup finalists on Friday.

He told reporters: “It means everything to me to able to see what this football club and being in this division does to the Brighton and Hove area.

“Our approach with these last three games is that our supporters have been waiting years for fixtures like these, so we’re not daunted at all.

“It’s massively important for me to thank the travelling fans, and if anything, we need them more because we’re a new club to this division and the season is generally going to be tough.”

The hosts have suffered just four defeats at the Amex so far this season and Hughton is hoping a positive result on Friday will give them the momentum they need for two daunting away trips.

He said: “It’s something that I’m very happy with this season because you can always look and say it could have gone better, but in this division against quality opposition…it really pleases me.”

Brighton are currently priced 4.75 in the match betting and the draw outcome is available to back at 3.50, while Manchester United are quoted 1.75.