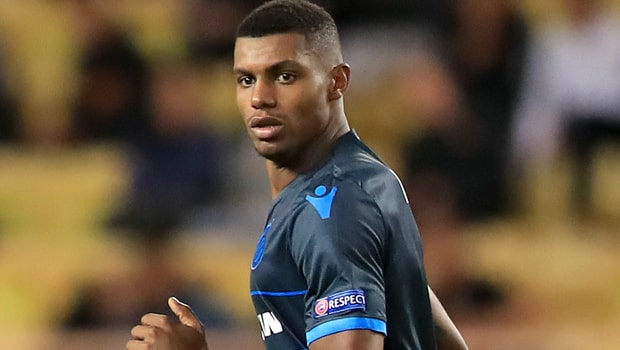 Aston Villa have been busy in the transfer market ahead of the new Premier League season and have now agreed a deal to bring striker Wesley Moraes to the club.

In what is expected to become a £22m deal, the 22-year-old has signed a five-year contract at Villa Park.

The Brazilian moves from Belgian football, having been with Club Brugge for four years and playing his part in two title wins.

He scored 17 goals last season and has Champions League and Europa League experience. Villa, who were promoted back into the Premier League via the Championship play-off final, have been on the lookout for a new striker since last season’s top scorer Tammy Abraham returned to parent club Chelsea.

Moraes is the third player to arrive at Villa Park since their promotion, with Jota having arrived from Birmingham City and Anwar El Ghazi signing permanently from Lille.

Villa are also hoping to add Kortney Hause to the squad from Wolves after a successful time on loan with Dean Smith’s side last season.

There is also speculation linking the club with Brighton skipper Lewis Dunk, with the Seagulls under new management after Graham Potter replaced Chris Hughton.

Villa have pre-season games already lined up with Minnesota United, Shrewsbury, Walsall and Charlton before taking on Red Bull Leipzig the week before the new season starts.

Villa start their new campaign back in the Premier League with a trip to Champions League finalists Tottenham on August 10. Spurs are 1.30 to win, with Villa 9.50 and the draw 5.25.

Their first game back at Villa Park is a week later when Bournemouth are the visitors. Villa are 3.50 to be relegated back to the Championship at the end of the season, while Bournemouth are priced at 4.75.