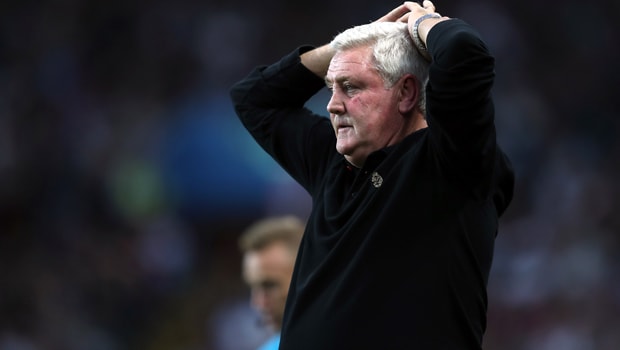 Aston Villa boss Steve Bruce admits it would be the “icing on the cake” if they secure a loan agreement for Everton’s Yannick Bolasie.

Bruce feels it would be the perfect way to conclude Villa’s summer transfer business as they go about chasing promotion from the Championship.

Lille winger Anwar El Ghazi came in on a season-long loan on Wednesday ahead of Villa’s 2-2 draw with Brentford at Villa Park.

Bolasie was in the stands for that game and the DR Congo international is seemingly ready to complete a loan move to the Midlands from Everton, where manager Marco Silva has deemed him surplus to requirements.

Villa twice had to come from behind to maintain their unbeaten start, with Jonathan Kodija scoring both goals, including a stoppage-time leveller.

Bolasie is the sort of player Bruce feels can offer something different in the final third, particularly when games are there to be chased.

Speaking after Wednesday’s game, Bruce said: “If we can put the icing on the cake with Bolasie tomorrow then it’s exactly what we’re looking for.

“He was here [at Villa Park watching the game] and we hope we can tie it up.

“The one thing we haven’t got – with the injuries we have – is anything up the top end of the pitch if we need to change things. He’ll give us that.”

Bruce’s men are 1.67 to beat Reading at Villa Park on Saturday, while they are 3.80 to be promoted this season.