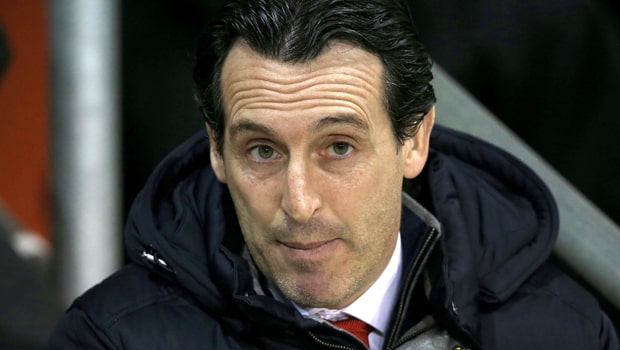 Unai Emery has revealed that Arsenal must operate only in loan deals during the current transfer window.

According to the Spaniard, the Gunners ‘cannot sign permanently’ during the January market.

Arsenal have been strongly linked with a move for Barcelona midfielder Denis Suarez but, according to Emery, any potential deal will be a short-term one.

It has been reported that the La Liga champions are open to that notion, with a clause that Arsenal will be compelled to buy in the summer.

Arsenal spent around £70m on four players last summer, while this time last year they forked out a club-record £56m to bring striker Pierre Emerick-Aubameyang from Borussia Dortmund. Emery says that sort of business is not in the offing this month.

“I don’t know now his [Suarez’s] situation but we can only sign on a loan,” Emery said. “We cannot sign permanently. We can only loan players.”

Meanwhile Arsenal’s longest-serving player, Aaron Ramsey, is now into the final six months of his contract and is tipped to agree a pre-contract deal this month that will see him leaving the Emirates in the summer.

Juventus are believed to be leading the race to sign the 28-year-old Welshman, but his manager says Ramsey’s attitude is not in doubt.

“I say to him every day, is that we need his performance for us,” Emery said.

“In the last match I was very happy with him. I asked in the last match at Blackpool if he is OK to help us play and he said, ‘Yeah, coach, I want to play’ and he played with a very big behaviour and commitment to us.

“After, his future belongs to him, his family and agent. Every day he’s here with us, he’s working very well.”

Arsenal are 2.05 to win at West Ham in Saturday’s lunchtime kick-off. The Hammers are 3.40 while the draw is 3.75 at the London Stadium.