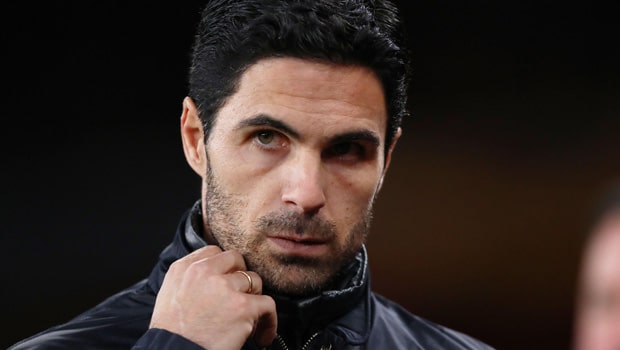 Arsenal were denied a first-leg win in their UEFA Europa League quarter-final clash against Slavia Praha on Thursday evening at the Emirates Stadium.

The Gunners are way off UEFA Champions League and UEFA Europa League places on the Premier League table, and they need to win the Europa League if they’re to play in Europe next season.

Already manager Mikel Arteta has stated the importance of winning the Europa League before the match, but the result didn’t go in his team’s way.

The Gunners went into the game on a losing note, having lost 3-0 to Liverpool at the weekend in the Premier League.

Having gone past Olympiacos in the round of 16, the Gunners were hoping to defeat the Czech Republican side, who knocked out Leicester City 2-0 on aggregate in the last round.

After a goalless first half, Ivorian striker Nicolas Pepe opened the scoring with four minutes left to go in the game, and the Gunners thought that they had got the winner in the closing stages of the match.

However, the 2019/2020 Czech Republic champions equalised in the 93rd minute to force a 1-1 draw and give Arsenal an uphill task next week in the second leg away from home.

Meanwhile, Manchester United got a big boost with a 2-0 victory away from home against Granada in their own UEFA Europa League quarter-final Clash.

Marcus Rashford gave Manchester United the lead in the 31st minute of the first half before a late penalty was put away by Bruno Fernandes.

Despite the win, Manager Ole Gunnar Solskjaer believes the game wasn’t a perfect one for the Red Devils

“It’s not a perfect night – we got three yellow cards and suspensions, but a 2-0 result is very good. We know how difficult it is to come to Spain to get a result like this, and I’m very happy with the result.” Solskjaer said.