Arsenal Thrash Rapid Vienna As Fans Return To The Stadium 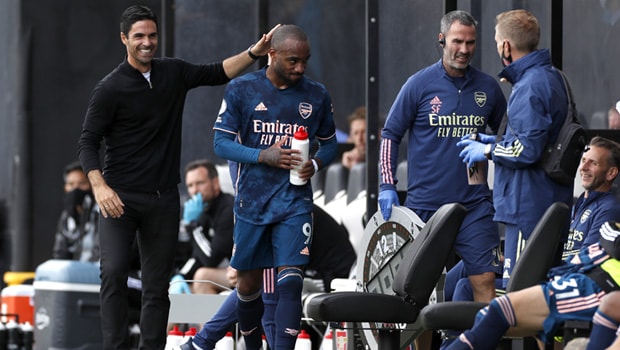 Arsenal got a comfortable 4-1 victory against Rapid Wien in the UEFA Europa League on Thursday at the Emirates Stadium.

Alexandre Lacazette scored as early as the 10th minute of the game before Pablo Mari doubled the lead six minutes later.

Eddie Nketiah made it 3-0 just before half time to put the Gunners in cruise control of the game. Japanese forward Koya Kitagawa scored the consolation goal for the Austrian side just after the break.

Emile Smith Rowe scored in the 66th minute to complete the rout for Mikel Arteta’s men in front of 2000 fans allowed into the Emirates Stadium.

The last time Arsenal fans were at the stadium was on the 7th of March, 271 days ago, in the game against West Ham in the Premier League.

The Gunners are already through to the next round of the competition and so far have a 100% record before their last group game against Dundalk away from home.

The Foxes remain on top of the group and are already through into the next round and they only need to better Braga’s result on the last match day or win against AEK Athens to win the group.

Meanwhile, Tottenham Hotspur drew 3-3 with LASK in Austria, Bale, Son and Dele Alli all scoring for the Spurs as manager Jose Mourinho questioned the attitude of the players.

“I think it’s a question of attitude, which I have experienced before even at Manchester United, I had a similar situation – we lost two matches away in the group phase. When we get into the knockouts and you get better opponents and more difficulties, the team faces matches in a different way.” said Mourinho.