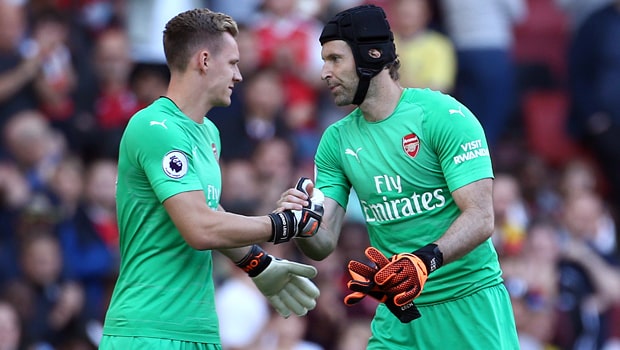 The former Chelsea stopper started Saturday’s 2-0 win over Watford but he was forced off in the first half after suffering a hamstring injury.

Cech has now been ruled out for up to three weeks after suffering the injury while taking a goal kick.

Leno has been forced to wait for his opportunity but the summer signing from Bayer Leverkusen is ready to make his mark.

He told reporters: “Now Petr is injured – I don’t know how long for – I have the opportunity to play more games and show the coach my quality.

“It is a big chance for me. I don’t want to say it wrong that I am happy for Petr to be injured. I think always it is a bad feeling, so I feel sorry for him.

“But, now I have more opportunities to play and I will concentrate on the games.

“I was calm and worked very hard every day. I’m happy that the coach gave me some games in the Europa League and Carabao Cup.

“I didn’t play so many games, so the two games in the Europa League and Carabao Cup were very important for me to get the confidence with the defence, get a feeling with the team, and also for the players to play from the back.