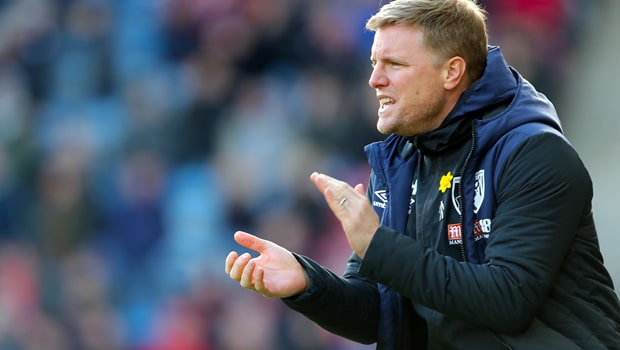 Eddie Howe says Bournemouth are prepared for short-term pain in order to achieve a long-term gain following their latest set of accounts.

Their latest set of financial results showed that the Premier League club made a loss over the last 12 months. The south-coast side continue to mix it in the top flight, despite those numbers, with Bournemouth sitting in 12th spot ahead of this weekend’s trip to Leicester City.

They are close to securing their status for another season and Howe says they have a longer-term goal for sustainability, including a new stadium, which makes them different from some of their rivals.

“I think at this football club we’re slightly different to everyone else in the Premier League. We’ve been on our own journey,” said Howe.

“Operating at a financial loss is never something we want to do, but I think there’s going to be some short-term pain for the club until we can move to a bigger ground and increase revenue streams in different ways.”

He insists that his summer recruitment drive isn’t likely to be altered by the latest accounts.

“We’re still trying to recruit younger players, so the long-term side of the team squad is in a good place. That will cost money at this level,” Howe added.

“There’s other costs involved in there as well, but the long-term prospects are very strong. The club has never been in such a strong position but we still have hurdles to overcome.”

Bournemouth are 4.20 to win at Leicester on Saturday. The Foxes are favourites at 1.83 while the draw is priced at 3.75.