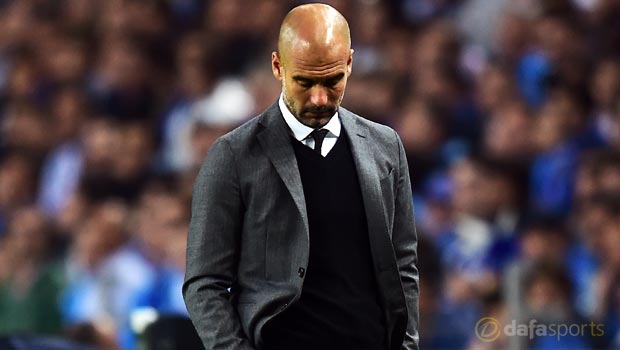 Pep Guardiola says Bayern Munich’s 3-0 Champions League defeat against Barcelona was ‘harsh’ and admits it will now be difficult to turn the tie around.

Guardiola surprised many with the bold move to start the game with three at the back, but made a change to a back four after being heavily bombarded in the opening 20 minutes.

The Bavarians managed to weather that storm but they succumbed late on as three goals in the finals stages of the game put Barca in the box seat.

Guardiola says his side did not deserve to lose 3-0, and also believes had Neymar not scored the third goal deep in stoppage time, they could still be in with a shout heading into the second leg.

“The result is a bit harsh. We wanted to control and play our own game,” Guardiola said after the match.

“Against Barca you can defend deep or play to control. Our control in the first-half worked pretty well, especially in the final 15 minutes.

Bayern are now huge 35.00 outsiders to fight back against Barca and go on and win the Champions League, with the Catalan giants hot 1.55 favourites.

As for Barca boss Luis Enrique, he was delighted with the win but has told his players it is not job done just yet.

“It is a perfect result,” he said. “It brings us closer to a possible final, but we have to confirm it in the second leg, which will without doubt be a hard game.”