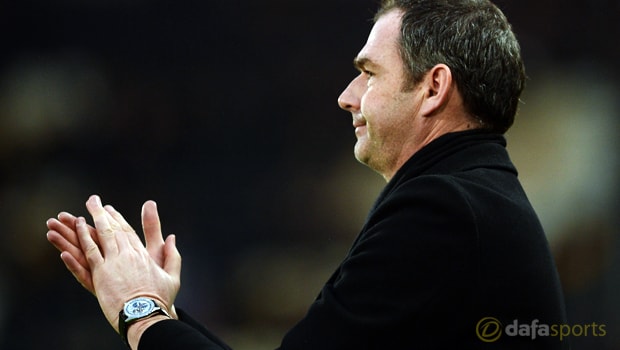 Paul Clement says he will look to add quality to his Swansea squad in a bid to boost their survival hopes.

The Swans, who are 1.53 to be relegated, were dumped out of the FA Cup by relegation rivals Hull on Saturday, losing 2-0 at the KCOM Stadium, meaning they can now focus on their task of beating the drop.

Clement was appointed head coach on Tuesday and immediately helped secure a 2-1 win away at Crystal Palace, a result that lifted his side off the bottom of the table.

Next up is the visit of Arsenal on Saturday, a fixture that signals the start of a tough run of games that sees the Swans also take on Liverpool, Southampton and Manchester City in their next four outings.

Having worked at the likes of Chelsea, Real Madrid, Paris Saint-Germain and Bayern Munich as Carlo Ancelotti’s assistant, it has been suggested that the 44-year-old may be able to call in a few favours and add some quality to his squad on loan.

Although the former Derby boss insists he is not looking to make wholesale changes, he believes that the right additions combined with plenty of hard work on the training ground could prove enough to keep his side up.

He said: “I wouldn’t say we need an influx because there are good players in this squad already.

“But we are looking to do something, and we have got to make sure the players we bring in are better than what we have got.

“We are also working hard on the training field to get my ideas across as quickly as possible.

That’s an area where we can help improve the team, as well as bringing in new signings.”

Swansea are the 6.50 outsiders to win on Saturday, with the draw at 4.50 and the Gunners installed as the 1.44 favourites.