Patience the key in Boro business 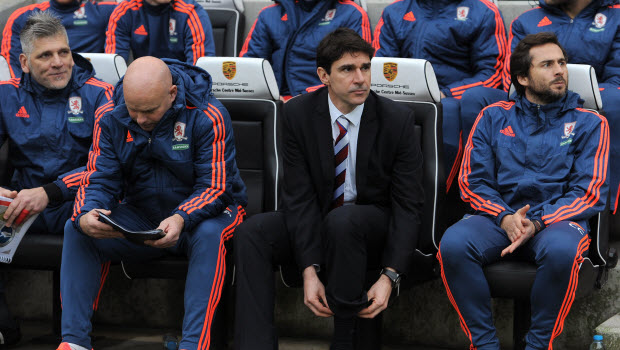 Aitor Karanka has refused to take any risks in his bid to strengthen his Middlesbrough side ahead of their Premier League return.

Boro have brought in a number of players over the summer, including midfielder Marten de Roon from Atalanta, former Barcelona goalkeeper Victor Valdes and striker Alvaro Negredo, but Karanka is still hoping for some more new faces.

A centre-half remains the Spanish manager’s priority, but he insists any deal has to be right for Middlesbrough.

“We need a centre-back and the club has been working really, really well behind the scenes,” said Karanka, as reported by Gazette Live.

“But we can’t commit a mistake by bringing in a player who is not the right one for us.

Karanka indicated he has a target in mind, but he insists his current squad can cope if he is unable to add to his defensive options before they kick off the new campaign against Stoke City at the Riverside on Saturday.

He added: “The main thing is we need a centre-back. We are working and I hope we can bring him in as soon as possible.

“But while that player is not here we have other players who can play.” Middlesbrough are 2.20 to take all three points when the Potters visit in the opening round of fixtures.