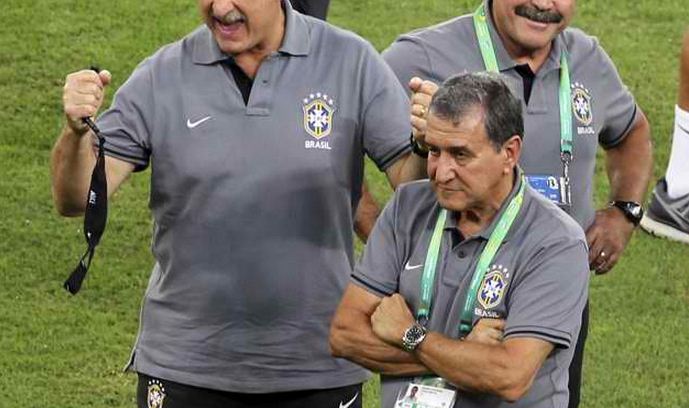 Brazil’s Carlos Alberto Parreira believes his side are ready to end Spain’s dominance in football when the pair meet in Confederations Cup final on Sunday.

The Selecao are not only the hosts but also the defending champions in the tournament, having lifted the title in South Africa four years ago, but will have their work cut out if they are to retain their trophy against La Roja who have dominated in recent times.

The Confederations Cup is the only competition that Spain haven’t won in the last few years, having claimed the European Championships in both 2008 and 2012, while also winning their first world title in 2010.

A number of Vicente Del Bosque’s squad have already spoken of their desire to emerge victorious this time around and another piece of silverware would certainly lay down a marker ahead of their return to Brazil for next year’s World Cup.

However, the hosts are an improving side and although they may not possess the same quality as some of the great Canarinho teams, they do have an inner steel that many of their predecessors lacked.

Parreira, who coached his country to World Cup glory in 1994, believes Sunday’s encounter at the Maracana gives Luiz Felipe Scolari’s men the perfect chance to prove themselves and has called on the players to set a precedent for 12 months’ time.

“It is now the time to end the era of Spain,” the 70-year-old said. “I have been talking with Scolari and the coaching staff and now is not the time to change tactics.

“We have to maintain the line we have taken so far. Brazil are playing at home and have to keep the initiative in the game.”