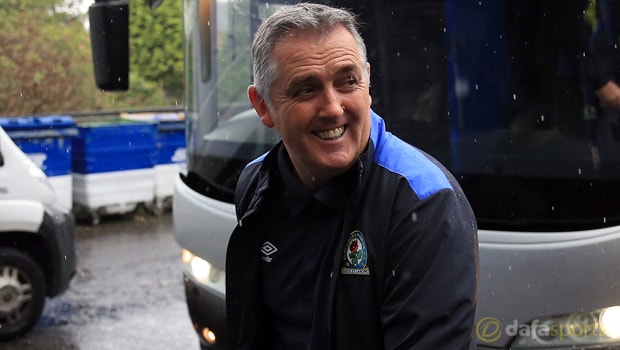 Coyle took over at Ewood Park this summer, replacing Paul Lambert, but the former Bolton and Burnley boss endured a difficult start to the Championship campaign.

Rovers failed to pick up a win in their first seven league matches and their only victories came in the first two rounds of the EFL Cup – beating Mansfield Town and Crewe Alexandra.

The former Premier League outfit have gradually improved since their poor opening and the 4-2 triumph over Rotherham United on September 17 – their first league success of the season – provided the platform to build from.

Blackburn’s comeback draw at home to Huddersfield, who are 151.00 to win the title, on Saturday has extended their unbeaten run to three matches and kept the club just out of the bottom three.

Coyle has been impressed with the level of commitment shown from his side and he believes taking a share of the spoils against the Terriers was just reward for his players.

“It’s a hard-earned point, it’s a valuable point as always,” he said. “What we’ve shown is that we are getting to be a far better team than we were at the outset of the season.”

Blackburn are second-favourites at 2.50 to be relegated from the Championship whilst Rotherham, who are rock-bottom and 13 points from safety, are expected to go down as 1.02 favourites.

Coyle’s men are back in action on Saturday when they travel to Preston North End, who still have a chance of making it into the play-off places this season.

Rovers then go up against Brighton, Reading, Barnsley and Huddersfield to see out the 2016 calendar.