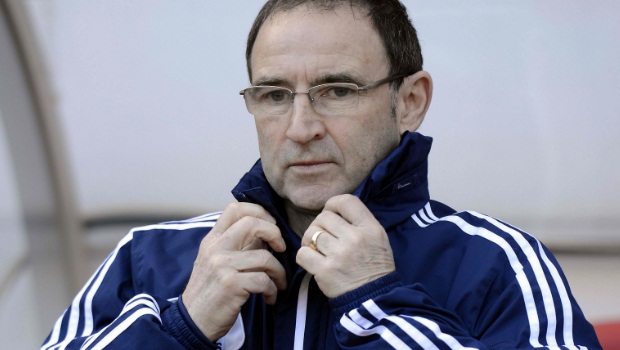 Martin O’Neill will be the new Republic of Ireland manager and could be unveiled as early as next week, according to reports.

The post became available following the departure of Giovanni Trapattoni after Ireland’s failure to qualify for the 2014 World Cup in Brazil.

A number of names were immediately linked to the job, with Ipswich Town chief Mick McCarthy thought to be at the top of the list to return to a position that he held between 1996 and 2002.

But the 54-year-old has constantly played down rumours that he might re-join the national set-up and his present employers have made it clear there has been no approach from the FAI.

“We’ve had no approach – the owner, us at the club, nor Mick,” Town managing director Ian Milne told BBC Look East.

“It’s very much a ‘what if’ situation and we can’t deal with what ifs. We’ll worry about that if it happens.”

Attention has now turned to O’Neill, who has been out of work since being sacked as Sunderland manager with eight games to go last season.

The 61-year-old admitted his disappointment at the manner of his Black Cats exit and stressed that he wanted to remain in football.

And it appears as though the former Celtic and Aston Villa manager may well be set for his first spell as an international manager if the recent reports are to be believed.

The Republic face two friendlies, against Latvia on November 15 at the Aviva Stadium followed by an away game against Poland in Poznan four days later, and it was always the FAI’s intention to have a new boss in place before the games.

O’Neill was capped 64 times for Northern Ireland and would be a popular appointment as the Irish look to get back to winning ways and qualify for the 2016 European Championships.