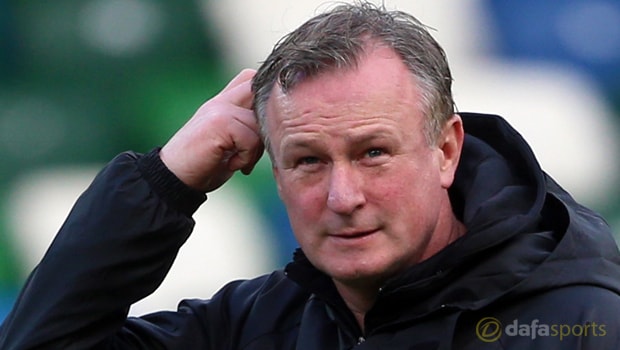 Northern Ireland boss Michael O’Neill admits he would be tempted to take over the managerial reigns at Leicester should the opportunity come his way.

The reigning Premier League champions are currently without a manager following the sacking of Claudio Ranieri last month, with interim boss Craig Shakespeare guiding the Foxes to back-to-back wins to ease their relegation concerns.

O’Neill is one of the names linked with taking over the reigns at the King Power Stadium and he concedes that he would be interested in the job.

“I think you’re always tempted – you have to consider these things if the opportunity is presented to you,” O’Neill told BBC Sport.

The 47-year-old’s stock has risen during his time as Northern Ireland manager.

He guided the Green and White Army to their first major tournament in 30 years at last summer’s European Championship, helping them progress to the knockout stages.

The former midfielder still has three years to run on his contract as Northern Ireland manager and insists that he is not actively looking to vacate the role.

However, he would seek to hold talks with the country’s FA should he be offered an attractive position elsewhere.

“I have a good relationship with the board and the [Irish Football] Association here,” he said.

“I’ve been in the job five years now and I’m contracted for another three.

“I don’t think you can ever say ‘no’ in football. Equally I’m not actively looking for another job; I’ve said that all along.

When vacancies have arisen, particularly in England this year, my name has been mentioned but I actively haven’t sought to find another job outside the one I’m in.

“That won’t change over the course of my contract and if an opportunity presents itself, the association and myself will sit down, look at it and see where we go from there.”