Niall Quinn worried for Sunderland ahead of derby 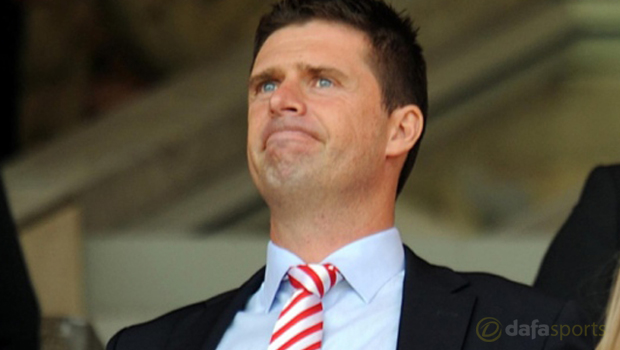 Niall Quinn has told former club Sunderland that they must improve ahead of next week’s Tyne-Wear derby against Newcastle.

It was another disappointing weekend for the Black Cats, as they fell to a 1-0 defeat in Sam Allardyce’s first game in charge at West Brom on Saturday.

Their misery was compounded the following afternoon when their neighbours Newcastle trounced Norwich 6-2 at home to claim their first victory of the season.

The result means Sunderland, who are the 1.36 favourites to be relegated, are the only team in the Premier League without a win.

They now have to lift themselves for next weekend’s Tyne-Wear derby, although they can take heart from recent performances in the fixture having won the last five times the two sides have met.

Boss Allardyce may also feel he has a point to prove having struggled during his brief tenure in charge of the Magpies and will be doing all he can to ensure they are ready for Sunday’s clash.

Having played for the Black Cats between 1996 and 2002, Quinn knows exactly how competitive the games can be.

The Irishman admits the momentum looks against his former club after the weekend and has called for the players to show some character.

“Sunderland have to dig deep now,” Quinn told Sky Sports News. “Sam will be required to get them into a different place, mentally.

“Newcastle are already in a great place going into it, and Sunderland will have to apply themselves to get there.

“Derby games are the sort of place where everything gets thrown out of the window, and it certainly won’t be as place for the faint hearted. But if you were Sunderland, you’d be worried after today’s result.”

Despite their plight Sunderland are currently the slight 2.50 favourites to win on Sunday, with the draw 3.20 and the Magpies 2.80.