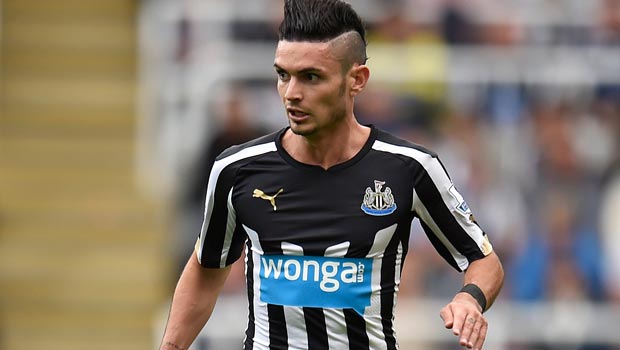 Remy Cabella admits he needs to start proving himself if he is to have any chance of regaining his place in the Newcastle starting XI.

The Frenchman arrived at St James’ in the summer and came with a big reputation following five strong seasons at Montpellier, whom he helped win Ligue 1 in 2011-12.

However, despite some bright performances early on in the campaign, the playmaker has had to make do with a spot on the bench in recent weeks, with Alan Pardew instead preferring compatriot Gabriel Obertan in one of the wide roles.

Cabella did produce a moment of magic on Sunday though, providing the assist for Ayoze Perez as the Magpies claimed their first away win of the campaign courtesy of a 2-1 triumph at Tottenham.

He will now be hopeful of being rewarded with a starting spot on Saturday against Liverpool, a game the Tynesiders are 3.74 to win, with the draw 3.33 and Brendan Rodgers’ men 1.99.

Rather than being discouraged by his current substitute role, the 24-year-old believes having to sit on the bench has helped him and has vowed to continue working hard in a bid to try and get back into the side

“Not being in the starting XI against Tottenham and for three matches now was not a sanction. It was logical,” he told L’Equipe.

“Putting me on the bench and not even playing at Swansea hit my pride. But I didn’t give up, I worked even harder.

“Now I am only thinking about scoring. But I don’t feel any pressure, that would be pointless. I am just here to play football.”