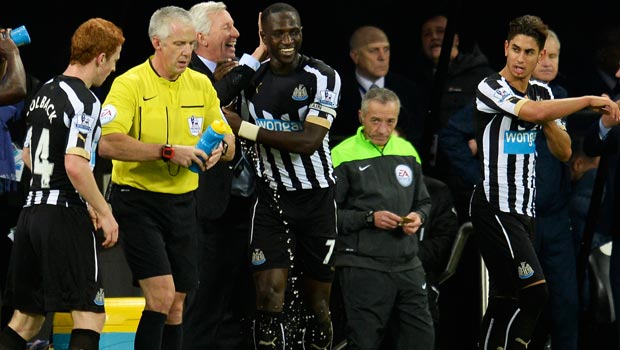 Alan Pardew believes that his Newcastle players will soon start to add some flair to their game after grafting to five straight Premier League wins.

The Magpies currently sit in fifth spot in the Premier League table after their impressive recent run of form and the days when the ‘Pardew out’ campaign dominated the back pages seem a long time ago.

Newcastle failed to win any of their first seven league games, prompting unrest both inside and outside St James’ Park, but have been perfect since getting off the mark against Leicester City on October 18.

Saturday’s 1-0 success over struggling Queens Park Rangers saw the north-east outfit move onto 19 points and, at one stage, they were even sitting in a Champions League spot.

The revival has mostly been down to hard work and determination, with goals still at a premium, as they have only scored seven times during the winning run and netted 14 all season.

It is a fact that Pardew acknowledges, with his men yet to play the free-flowing football that the Tyneside faithful have become accustomed to.

But the boss feels that the tenacious spirit his players possess has more than compensated for a lack of quality which he hopes will soon start to filter through in their performances.

“We don’t play much great possession football, we are at you straight away – but the goal was a well-crafted goal and probably our best team goal of the season,” he said.

“Everybody knows now that going forward, if we work as hard as we have been, flair can come through, quality to come through and you win games.”