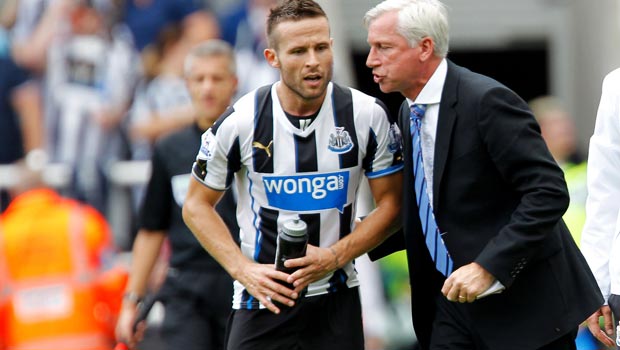 Alan Pardew looks set for a busy summer after admitting his squad could be in need of a serious overhaul and an injection of flair.

The Magpies have looked decidedly workmanlike ever since creative midfielder Yohan Cabaye left St James’ Park for Paris Saint-Germain at the end of January.

Since then Newcastle have failed to match their promising early-season form and have lost seven of their last 10 matches to slip to ninth in the Premier League table.

On-loan forward Loic Remy has been one of the few players to ignite Newcastle’s sterile play, but, with no prospect of the deal becoming permanent, he will need to be replaced in the summer.

Hatem Ben Arfa, arguably Newcastle’s most influential player since Cabaye left, is also being linked with a move away from the north-east come the end of the season.

“There are still question marks about certain individuals, and whether they will stay here as we go forward as a football club,” Pardew admitted.

Meanwhile, former Sunderland defender Danny Higginbotham is in no doubt Newcastle’s decline is down to Cabaye’s departure.

He said: “When you lose a key figure like Cabaye, it really can rock the entire dressing room.

“It doesn’t just weaken you as a team, but can also send out all the wrong messages about a club’s ambition.

“I remember being at Southampton when they sold James Beattie to Everton around the Christmas time and we ended up getting relegated. It was a huge blow because he was such a talisman for us.”