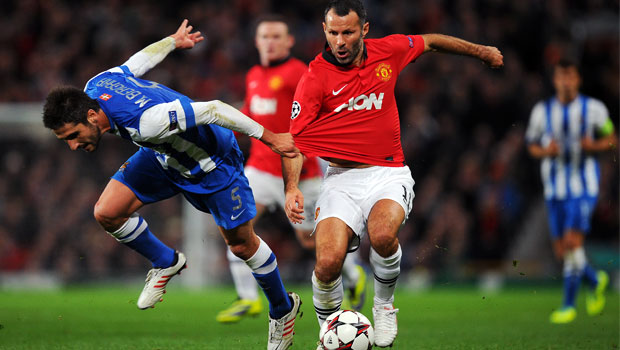 Manchester United boss David Moyes was pleased his side managed to pick up a vital three points in the Champions League with a 1-0 victory over Real Sociedad on Wednesday night.

It was by no means the most convincing of performances at Old Trafford but an own goal from Inigo Martinez was the deciding factor in giving United a much-needed win and taking them a step closer to the knockout stages.

With the Red Devils finding themselves down in eighth place in the Premier League table, with eight points between them and frontrunners Arsenal, the Champions League has been somewhat of a welcome distraction.

Manchester United are undefeated in the competition so far, sitting top of their group with one point between themselves and their closest rivals Bayer Leverkusen.

Moyes, who has already found himself under pressure after a sluggish start to his first season at United, was happy with the result against a resilient Real Sociedad outfit.

He said: “It was a job well done, a good performance.

“Today we had that feeling around us, but if we had scored five or six today it wouldn’t have been out of place. We had an awful lot of opportunities and didn’t finish it off.

“A couple of the decisions didn’t quite go our way tonight, but it was a good result. We had to win the game at home.”

Having drawn 1-1 with Southampton in their last Premier League outing, United will be hoping to get back to winning ways when they face a struggling Stoke City side on Saturday.

The Potters sit just one point above the relegation zone and Moyes will be hoping his team can put in a convincing performance to get their league campaign back on track.