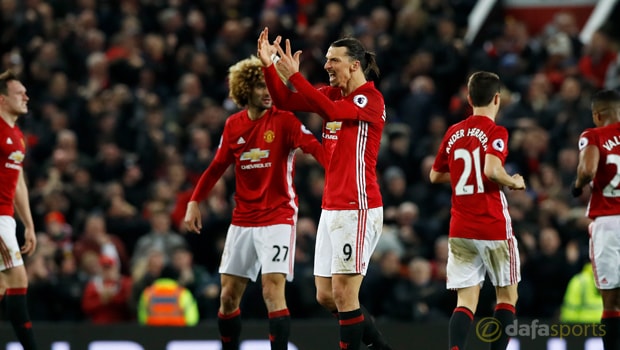 Ibrahimovic made the switch to Old Trafford last summer, joining on a free transfer from Paris Saint-Germain, and the striker has settled into life in England smoothly.

The ex-Sweden captain, who retired from international duty after the 2016 European Championship, has scored 14 goals in 20 Premier League appearances and currently tops the goalscoring chart along with Chelsea’s Diego Costa and Arsenal’s Alexis Sanchez.

United’s new star is the 3.60 favourite to win the Golden Boot this season while Tottenham’s Harry Kane, who has bagged 13 strikes, is priced at 4.00.

Ibrahimovic is now 35 and although the Red Devils have taken up the option to extend his contract by a further year, it remains unclear how long he can continue at the highest level.

But Andersson, who handed the Swede his debut as a 17-year-old, is adamant his compatriot can emulate the likes of Ryan Giggs and Edwin van der Sar.

“Zlatan’s skills fit United very well. He always adapts to whatever league he is in,” he said. “I don’t think him playing until he’s 40 is impossible.”

Jose Mourinho’s men, who are 21.00 to win the English title for a 21st time this term, are back in league action on Saturday when they travel to take on Mark Hughes’ Stoke City.

The hosts are the 5.50 outsiders, a draw is priced at 3.80 while the visitors, who are just two points behind rivals Manchester City, are the firm 1.57 favourites.