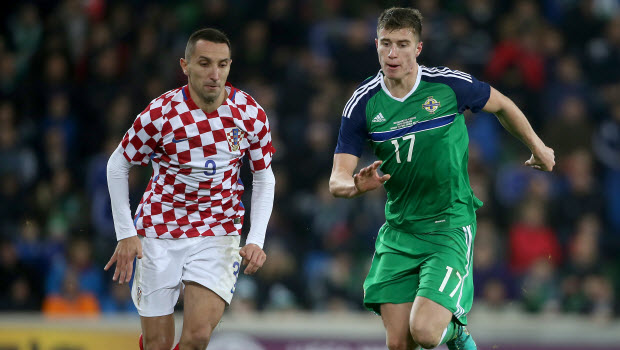 Sunderland defender Paddy McNair could miss the rest of the 2016-17 season after the club confirmed he will face a “lengthy spell on the sidelines” with a knee injury.

The Northern Ireland international joined Sunderland from Manchester United over the summer for a deal worth £5.5million.

The 21-year-old has featured 12 times in all competitions, scoring twice, for the Black Cats with his most recent outing coming against Hull on Saturday.

Sunderland, who are priced at 1.53 to be relegated, finally seem to be getting their season up-and-running after Saturday’s 3-0 triumph at the Stadium of Light made it back-to-back victories.

Unfortunately McNair sustained an injury in the home clash and the club now fear he will be absent for a lengthy period.

The defender suffered the knee issue in the first half but played on until the 88th minute when fellow summer addition Donald Love came on as a replacement.

The north east club are yet to put a timeframe on McNair’s recovery but David Moyes is unlikely to have him available in the near future.

A statement on Sunderland’s official website said: “Paddy McNair has been ruled out of action after rupturing his anterior cruciate ligament.

“The Northern Ireland international, who joined Sunderland from Manchester United in the summer, suffered the injury during the club’s 3-0 win over Hull City on Saturday.

The incident occurred in the 42nd minute as the midfielder closed down Curtis Davis on the edge of his own penalty area.

“McNair, 21, faces a lengthy spell on the sidelines but will now focus on returning to action as quickly as possible.”