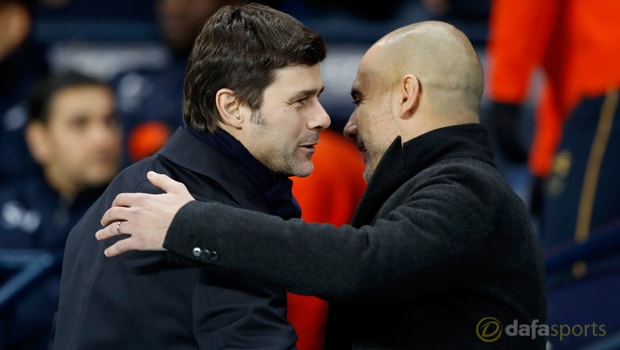 Tottenham boss Mauricio Pochettino has admitted that his side were fortunate to secure a 2-2 draw during their clash with Manchester City on Saturday evening.

Spurs, 9.00 to win the Premier League title, managed to frustrate the home side for the first 45 minutes but they fell 2-0 behind at the start of the second half.

Pochettino’s men moved into second with the draw but the former Southampton coach admitted his team were second best, despite denying City deserved a penalty.

He told Sky Sports: “For me, it wasn’t a penalty. In England, it’s different. We are different, in a different world here.

“In the two actions, that is England. If we review all the actions, you can see that touch in behind (from Walker) happens a lot and the referee never says anything about that.

“It’s true that Manchester City were better than us. I need to be honest. Sometimes in football you don’t win.

“After the first half we didn’t play in the way we wanted to play. It was a tough game for both sides. It was important, a massive point.”