Mauricio Pochettino: ‘Harry Kane one of the best’ 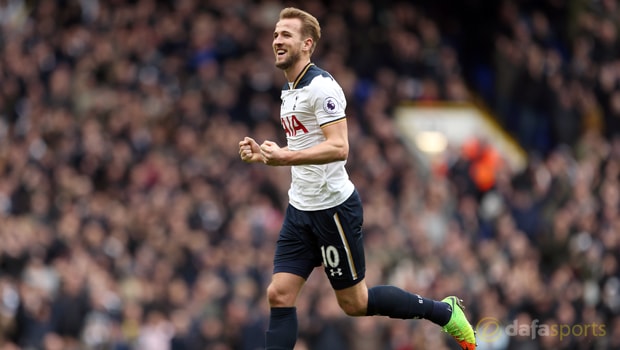 Tottenham manager Mauricio Pochettino has described Harry Kane as one of the best strikers in Europe after his display in the 4-0 win against Stoke on Sunday.

The England international scored a first-half hat-trick to help Spurs on their way to another win in the Premier League.

Kane netted in the 14th, 32nd and 37th minute before he then picked up an assist as he teed up Dele All to score the fourth and final goal.

He has now scored three hat-tricks in his last nine appearances for the club and Pochettino was delighted with his display just days after the club were knocked out of the Europa League by Gent.

Pochettino told Sky Sports: “[Kane scored] a fantastic hat-trick and it was a fantastic performance.

He’s one of the best strikers in Europe and I’m very pleased for him because he deserves it.

“He has big potential and lots of room to improve. He’s still very young but his mentality is the best thing that he has. He works hard every day, he is professional and he is a top player.

With how he behaves, how professional he is, how like a man he is – he has the perfect profile to be a legend here at Tottenham.”

Kane will be hoping to continue his scoring run when Spurs face Everton on Sunday.