Mauricio Pochettino happy to tinker in quest for improvement 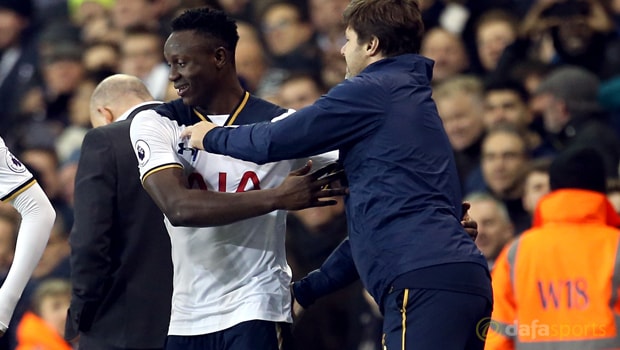 Mauricio Pochettino believes his side are benefitting from their newfound tactical flexibility following Wednesday’s comfortable 3-0 win over Hull.

The Argentine has rigidly stuck to a 4-2-3-1 formation for the majority of his time in charge at White Hart Lane but has experimented more this season.

Wednesday saw the Lilywhites start with a three man defence and the move paid dividends as they dominated the Tigers, with Christian Eriksen benefitting the most from the switch, as he netted twice from a more central role.

The formation also allowed Pochettino to field Toby Alderweireld, Jan Vertonghen, Eric Dier and Victor Wanyama in the same team and could appeal to him going forward as he attempts to find a shape that allows him to include all of his stars.

Next up for Spurs is Burnley at home on Sunday, a game Tottenham are the significant 1.20 favourites to win, with the draw 6.00 and the struggling Clarets 13.00.

Following their resounding victory on Wednesday, Pochettino admitted he has been purposely looking to tinker with his side’s shape in recent months, as he believes perfecting different systems could be the key to their chances of winning silverware.

“This season we are working hard to develop different systems to try to improve the team with different solutions,” he said.

“Today we thought it was the better way. I think it’s working well – the first two goals came from two good actions from our full backs, using them as wing backs.

“It [Hull] was a team that played very deep. It was important to try to move the ball quickly and try to penetrate.

“OK, after 3-0 it looks like a very good choice – but it’s important to be clinical.”