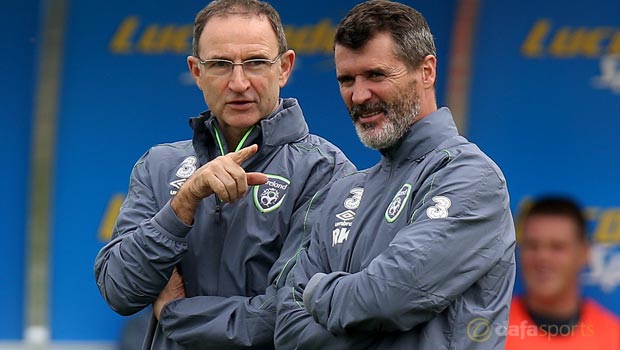 Martin O’Neill believes his Republic of Ireland team is ready to face world champions Germany in Dublin on Thursday and he urged his players to have ‘no regrets’ after the game.

The Irish need two points from their final two Group D games in order to secure at least a playoff berth for next summer’s Euro 2016 finals in France.

O’Neill’s team face the group leaders Germany at the Aviva Stadium before travelling to Warsaw to play second-placed Poland on Sunday.

Having won the World Cup in Brazil, the Germans made a stuttering start to this campaign, losing in Poland and drawing at home with the Republic in their second and third qualifiers, but Joachim Loew’s men have since secured a run of five successive victories.

O’Neill is fully aware of the scale of challenge in front of his players.

“They’ve had what they might consider a couple of hiccups along the way, including one against us,” said the Irish boss.

“But we know what we have to do. It’s a very difficult game for us, but we’re capable. We have to go with all the enthusiasm and determination that brings. We’ve got a bit of ability as well.”

O’Neill wants his players to try and seize their moment and he knows they must be positive with a tricky trip to Warsaw looming on Sunday and Scotland breathing down their necks in fourth spot.

“I think the best thing to do is give it everything you’ve got in the game and have no regrets at the end of the game. We have to be as positive as possible and attempt to go for the game,” added O’Neill.