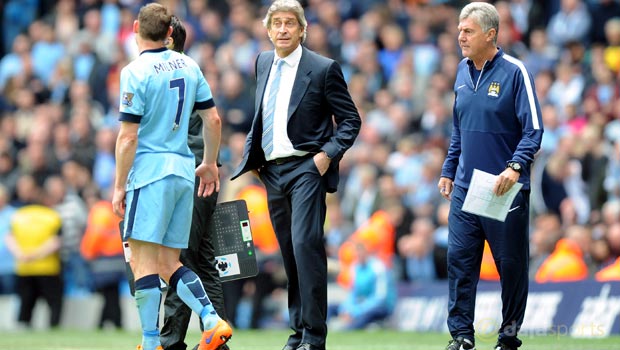 Manuel Pellegrini is confident his Manchester City side will come back stronger next season following their disappointing campaign.

After winning the Premier League title in his first year in charge, the Chilean failed to inspire similar performances from his troops this term, eventually finishing second behind Chelsea.

To compound the Citizens’ misery, they were again eliminated in the
last-16 of the Champions League and were also poor in both the Capital One Cup and the FA Cup.

Questions were inevitably raised over Pellegrini’s future at the club, with Bayern Munich boss Pep Guardiola thought to have been spoken to by the board.

However, the speculation has died down in recent weeks and it appears the 61-year-old will be given another chance to prove himself.

The former Real Madrid coach knows he will need to make a number of big signings if he is to reinvigorate his side and much could depend on whether Yaya Toure decides to stay.

Pellegrini is characteristically optimistic though and is confident that after such a difficult season, his squad have both the quality and resilience to respond positively.

“I am sure we are going to return stronger next season that we are going to recover the title for the Etihad,” he said. “There are a lot of important things in our project that we must try to improve every year.

“Every day, we are talking also with [technical director] Txiki Begiristain and [chief executive] Ferran Soriano – so we will see which is the best way to try to improve our squad and try to recover the title.”

As things stand, City currently find themselves as the 3.75 second favourites to win the 2015-16 Premier League, with recently crowned champions Chelsea leading the betting on 2.38.