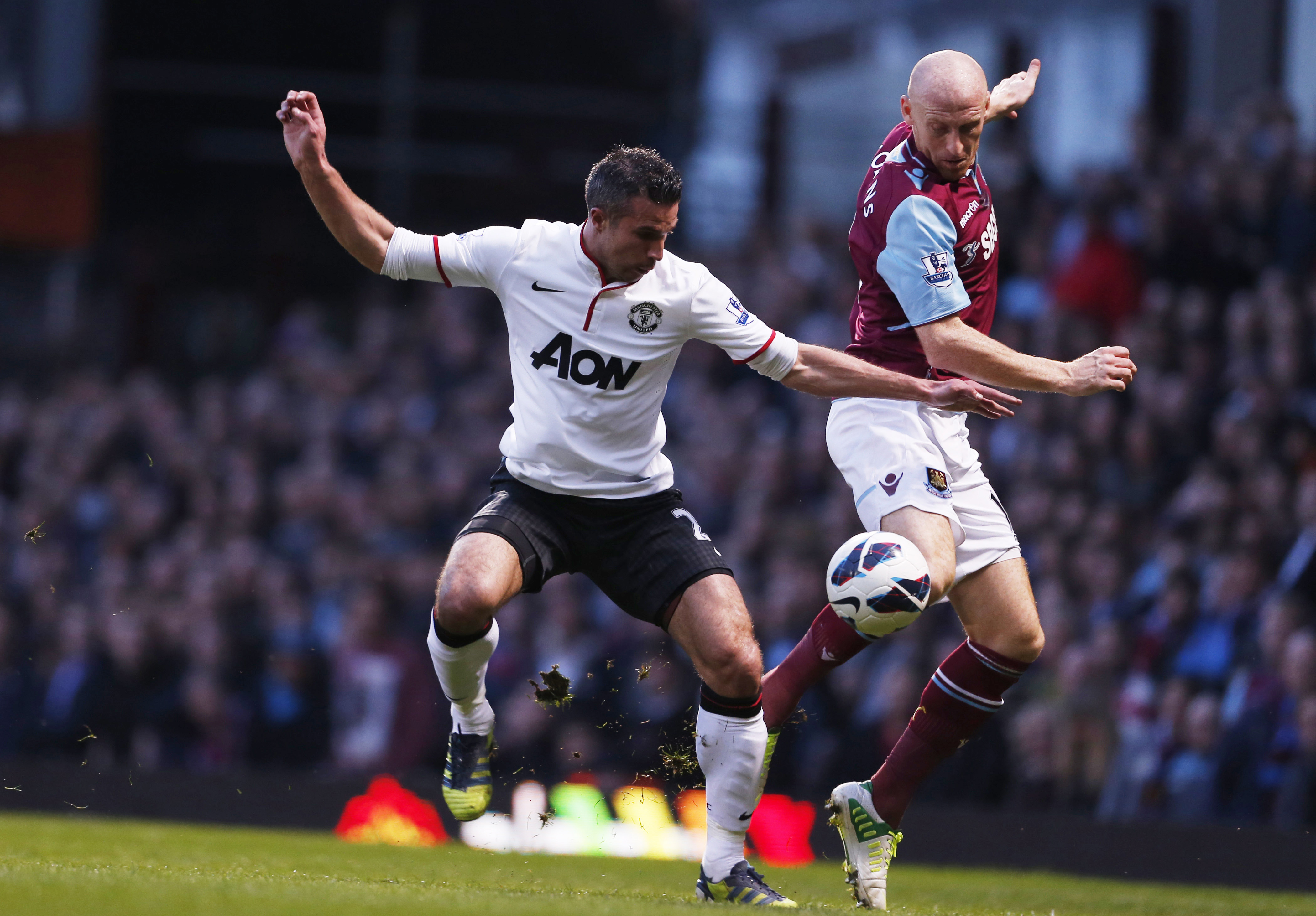 The visitors came from behind twice as Antonio Valencia and Robin van Persie scored to cancel out goals from Ricardo Vaz Te and Mohamed Diame.

With the draw, the Red Devils are now 13 points clear of second-placed Manchester City, while the point secures West Ham’s survival from the drop zone.

To everyone’s surprise, the Hammers started off in the offensive, with Andy Carroll coming close to scoring in just five minutes when his attempt flew just wide of the post.

They were rewarded in the 16th minute when Vaz Te found the back of the net to score for the first time since October. Matt Jarvis threw a cross which was met by Carroll to head back for Vaz Te to score from four yards out.

Man United were given the equaliser in just past the half hour mark as Valencia netted his first of the season. Shinji Kagawa played a one-two pass with van Persie to get into the box of West Ham before a cross found Valencia for an easy tap in.

In the second half, Phil Jones had a chance to give United the lead after Wayne Rooney picked out RVP with a pass, which the Dutchman headed towards the path of Jones to finish, but the Englishman’s error hindered them from scoring their second.

Carroll was threatening again in the 52nd minute with a volley from 30 yards out but flew wide.

However, West Ham found themselves in front again after three minutes from a stunning strike from Diame. After brilliantly turning Rooney, Diame fired a left-footed cannonball into the bottom corner.

But the visitors found another equaliser 13 minutes from time as RVP came in to score after Kagawa’s shot hit two posts.

The Red Devils pressed for the win and almost got the three points after Javier Hernandez’s header was only stopped by Jussi Jaaskelainen.