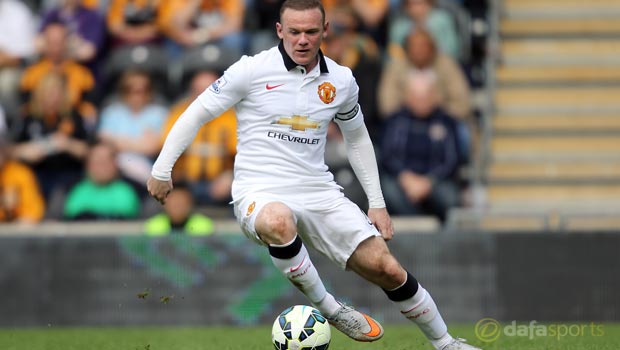 Wayne Rooney is confident Manchester United will challenge for the Premier League title next season if they can bring their top transfer targets into the club this summer.

The England skipper has been impressed with the capture of Netherlands star Memphis Depay on a four-year deal from PSV Eindhoven.

However he feels that more team strengthening is necessary in the transfer window with boss Louis van Gaal looking to bolster most areas of his squad at Old Trafford.

Real Madrid’s Spain defender Sergio Ramos and Bayern Munich’s German World Cup-winning star Bastian Schweinsteiger are just two of the big-name players who have been linked with a move to the Red Devils.

And Rooney is in no doubt signings of that calibre would give them a huge chance to wrestle the league title away from current champions Chelsea next term given that only a poor start to last season prevented the current squad from challenging.

He said on his official website: “I honestly believe we will go far next year and won’t be far off challenging for the league.

“If you look at the first 10 to 11 games, we only had around 13 points and if you look at where we finished, I think it shows we could have been up there with a better start.

“We’ve dominated and outplayed most teams but haven’t taken our chances to win those games. It could have been a different story if we had.

“The most important thing is as a squad, including the manager and myself, we believe we are close to challenging for the title.

“With a couple of signings in the summer we will have a good chance of doing that. It would be good to win as many cups as possible.”