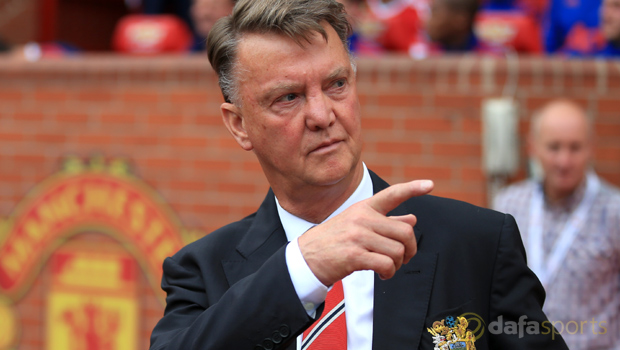 Manchester United boss Louis van Gaal insists the club are in no rush to sign a new striker before the summer transfer window shuts on September 1.

United were held to a goalless draw at home by Newcastle United on Saturday as captain Wayne Rooney – who has not scored for the club since April 4 – once again struggled in the lone striker role.

Having scored just two goals in their opening three games of the season, United supporters hope to see at least one more centre forward added to the squad this summer.

They were linked with Barcelona forward Pedro before he joined Chelsea earlier in the week.

But when asked if United were in the market for a new attacker, van Gaal said: “No, because we were three times the best team.”

Rooney thought he had broken his goal drought but had an effort chalked off for offside while Chris Smalling hit the post with a last-minute header.

“Wayne scored. Only it was not allowed,” said Van Gaal. “It is doubtful and the rules are that when it is doubtful, then do not flag.”

Reports on Saturday linked United with a shock move for Barcelona and Brazil starlet Neymar, but van Gaal refused to comment on the speculation.

“I don’t enter in this discussion,” Van Gaal added. “You can ask about all the players in the world and you are doing that with every press conference and I always say the same thing.

“I have to protect the interests of Manchester United, the players in my selection and the people in my organisation.”

Manchester United are back in Premier League action against Swansea on Sunday August 30 and are priced at 2.25 to claim all three points at the Liberty Stadium, with the Swans on offer at 3.20 and the draw at 3.25.